When did they start this procedure? 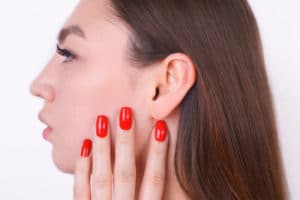 First otoplasty in the medical literature dates back in 1845. Dieffenbach (1845) is credited with the first otoplasty for the protruding ear (posttraumatic). He used postauricular skin excision with conchomastoidal fixation. Ely described his technique for elective correction of the prominent ear in 1881 using a postauricular skin excision, conchomastoidal fixation, and conchal strip excision. He performed this as a two-stage procedure (each side performed at a separate sitting). Luckett corrected this deformity by using a cartilage-breaking technique consisting of skin and cartilage excision along the length of the antihelical fold combined with horizontal mattress sutures. Becker, in 1952, introduced the concept of conical antihelical tubing using a combination of cartilage incisions and suture techniques in an effort to soften the contour of the corrected prominent ear. This technique was later refined by Converse in 1955 and then Converse and Wood-Smith in 1963. Mustardé’s (1963) approach to the creation of antihelical tubing was to use permanent conchoscaphal mattress sutures.

What is this procedure?

Otoplasty also known as ‘cosmetic ear surgery’ is a procedure to change the shape, position or size of the ears. You might choose to have otoplasty if you’re bothered by how far your ears stick out from your head. You might also consider otoplasty if your ear or ears are misshapen due to an injury or birth defect. Otoplasty can be done at any age after the ears have reached their full size usually after age 5 through adulthood. In some cases, the surgery is done as early as age 3. This is a cosmetic surgical procedure which corrects protruding ears by ‘pinning’ them or reshaping them to form a more natural looking appearance. The ears are then ‘pinned’ or pulled back towards the sides of the head to achieve a pleasing look.

Who needs this procedure?

Many people with sticking out ears feel self-conscious about their appearance and ask for the angle of their ears to be changed so that they look normal or to be reduced in size. If you have a young child aged between 4 and 14 then surgery may be an option. It tends to affect boys rather than girls and they can feel ashamed and self-conscious about their protruding ears. Adults too can suffer from protruding ears. It affects more men than women but some women can have problems with their ears. They can also feel dissatisfied with the look or appearance of their ears. Other medical conditions include unbalanced or asymmetrical ears and enlarged earlobes. This surgery is usually carried out on young boys and some adults as well although the results tend to be better in children. Children’s ears stop growing by the age of 4 but their cartilage is much more flexible than that of an adult’s. This means it is easier to reshape a child’s ear than an adult’s. Otoplasty is a very successful surgery but like all forms of cosmetic surgery does have its limitations. You need to be aware of this when thinking about this surgery. If you are in good health, realistic about the outcome of this surgery and prepared to follow the advice of your surgeon then you will be considered for an otoplasty. You will have an open and thorough discussion with your surgeon about the procedure. This will include taking a full medical history and asking you questions about your reasons for this surgery. Your surgeon wants to make sure that you are in the best shape you can be for this procedure and that it is the right decision for you. You need to be mentally and physically prepared for this surgery.

What is the advantage of this procedure?

When your ears are abnormally small or large – creating a disproportion with your face or there’s an imbalance with ear placement, it can negatively affect your self confidence. Ear reshaping or pinning is largely an elective, aesthetic procedure that can greatly improve your self-esteem and looks. Structural Changes: Otoplasty is often used to address ears that have a “cauliflower” appearance, are abnormally small or large, folded, or cupped. This will help reshape the ear and give a natural appearance. Confidence: Patients whose self esteem is affected by protruding or misshapen ears will benefit greatly from ear pinning. When you’re not concerned about hiding your ears with a particular hairstyle, hat, or headband, you have the freedom to be yourself. Prevent Bullying: Children who are bullied at a young age are more likely to develop lower self confidence. It’s believed that as many as 1 in 3 U.S. children are bullied at some point in their lives. To help boost a child’s confidence and security in themselves, ear pinning is a great option. For adults, completing Vail, CO ear pinning surgery, the physical change can lead to more confidence in the workplace and the self-esteem boost needed to speak in front of others, apply for a promotion, or engage a new career opportunity.

Are there non-surgical treatments? 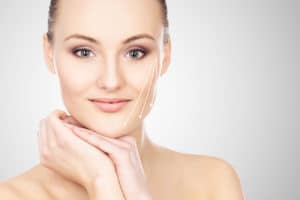 Incisionless techniques can be used to correct many minor deformities without any incisions for quicker recovery times. Many patients are candidates for incisionless otoplasty. Using techniques of “threading” sutures, correction can be achieved without any incisions or cutting into the ear. The ease and predictability of this procedure makes this a very sought after method of correction. The recovery time is shorter and swelling is less for this incisionless otoplasty as compared to traditional methods.

What is the surgical treatment like local or sedation?

Otoplasty can be done in a hospital or an outpatient surgical facility. Sometimes the procedure is done with sedation and local anesthesia, which numbs only part of your body. In other cases, general anesthesia which renders you unconscious may be given before your procedure.

Everyone is different when it comes to post-operative recovery. Some people recover quicker than others and vice versa. If your child has undergone this procedure then you may want to stay overnight in hospital with your child. You will find that you are able to get up and about a few hours after surgery. The vast majority of otoplasty surgery is carried out as day surgery. Your head and ears will ache and feel sore for a few days afterwards but you will be given pain medication to deal with this. Keep your head bandage on and ask someone to help you out at home with the usual household tasks. This heavy bandage will be replaced with a much lighter one after a week. This lighter bandage looks like a headband and must be worn for 24 hours over the next two weeks. The recovery time tends to be 5 days for an adult and a week or so for children. You can return to work or school after that time but avoid any contact sports such as rugby for at least a month. When you go home if you notice any of the following contact your surgeon immediately: Shortness of breath, pains in the chest or a rapid heartbeat, the wound becomes infected or is slow to heal, excessive bleeding, or a sudden increase in pain.

How long does it take?

Otoplasty procedure typically does not take long to perform, it can take about 1-2 hours depending on the facility and on your doctor’s recommendations.

What are the complications?

Risks from otoplasty are very rare. Thousands of patients – men, women and children, undergo this procedure with no side effects at all. But, there are complications with every form of surgery. These are rare but unfortunately, can happen. They include infection in or around the surgical wounds, excessive bleeding, adverse reaction to anaesthetic (general anaesthetic), unbalanced ears, scarring and a blood clot on the ear itself. In the case of scarring, the majority of scars are so tiny and difficult to see with the naked eye. However, a small minority of patients experience angry red scars and keloids. These can be treated with massage, steroid therapy or moisturising cream. Contact your surgeon if you experience any of these complications

What can you do to speed up recovery?

Smoking decreases blood flow in the skin and can slow the healing process. If you smoke, your doctor will recommend that you stop smoking before surgery and during recovery. Also, be sure to make plans for someone to drive you home after surgery and stay with you for the first night of your recovery.

Do you need to rest up afterwards and for how many days?

Downtime for an otoplasty can take and few days to weeks to heal. Swelling can become less after a few weeks postoperatively. A few days after otoplasty, your doctor will remove your bandages. Your ears will likely be swollen and red. You’ll need to wear a loose headband that covers your ears at night for two to six weeks. This will help keep you from pulling your ears forward when rolling over in bed.

Before & After Gallery - Pediatric Otoplasty